Hey, lunch buddies.  Sunday was a sad day.  The Minnesota Vikings we loved so much this season simply didn’t show up against the Eagles.  The Eagles played a great game and received a well-deserved victory.  I’ll die bleeding purple but will need a few days before moving on from this one.  Here’s to next year #SKOL!

By next week I’m hoping to wrap up my 2018 personal goals including the growth of this newsletter.  By including it in this email it should force me to get them in a state to share them with you all.  Until next week you’ll just have to do with some great industry news below.   Take care!

What You Need To Know

What’s important?
Google announced last week that starting in July 2018, page speed will be a ranking factor for mobile searches.

Nick’s take:
Many of us assumed site speed was already a ranking factor but its never been confirmed by Google directly.  If you haven’t checked your mobile site speed with Google’s tool you should do this immediately.  Site speed is one of if not the biggest opportunity for increasing organic performance in 2018.

Does Page Load Time Impact Bounce Rate? – Pingdom.com
Yes.  Yes, it does.  I love data and Pingdom delivers.  For instance, did you know that a site loading in 2 seconds has an average bounce rate of just 9%? If a site takes 5 seconds to load the bounce rate is estimated to skyrocket to 35% on average.  Prioritize your page speed in 2018!

What I Learned in 2017 – BlindFiveYearOld.com
I’m not a big fan of opinion pieces but I really enjoyed this article from AJ Kohn.  Work/life balance is touched upon in addition to many industries specific insights.  If you want to know whats working well and what needs to get better in the industry, start with this post.

HuffingtonPost Drops Guest Authoring – TechCrunch.com
Remember those contributors who were writing for popular news outlets only to turn around and sell big companies some very expensive links?  The publishers are starting to fight back.  Instead of risking their traffic via Google penalties some companies such as Huff Post are straight up cutting guest authoring altogether.

31 Must Know Stats About Voice Search Growth – Stonetemple.com
Did you know that someone is more willing to use voice search if they are by themselves vs in a group of people? On the other hand, can you imagine being a part of the 13% comfortable enough to use voice search in a public restroom?  Where do you fall on this spectrum?

That’s everything for this week folks.  If you want to read previous issues of the #SEOForLunch I publish them with only a week or two delay on nickleroy.com.

If you were forwarded this email you can sign up for the weekly email over at SEOForLunch.net 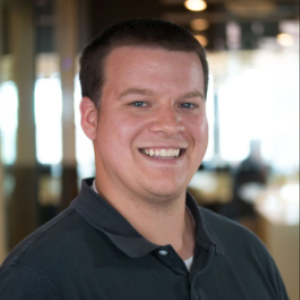 Nick LeRoy
Nick has 10+ years of SEO consulting experience building and executing strategies for clients ranging from multi-billion dollar consumer packaged goods to fashion entities with hundreds of physical store locations. He also writes the weekly SEO newsletter #SEOForLunch that allows you to stay up to date with industry updates in the amount of time it takes you to eat your lunch.
PrevPreviousGoogle Launches Updated Site Speed Tool – SEOForLunch Issue #63
NextEVERYONE Can Access The New Google Search Console BETA – SEOForLunch Issue #65Next